The trip included visiting seven cities; namely, Paris, Barcelona, Syracuse, Madrid, Toledo, Córdoba and Granada. The participants visited the old city and the Gothic Quarter in Barcelona to learn about its historical and cultural features and ethnic diversity. 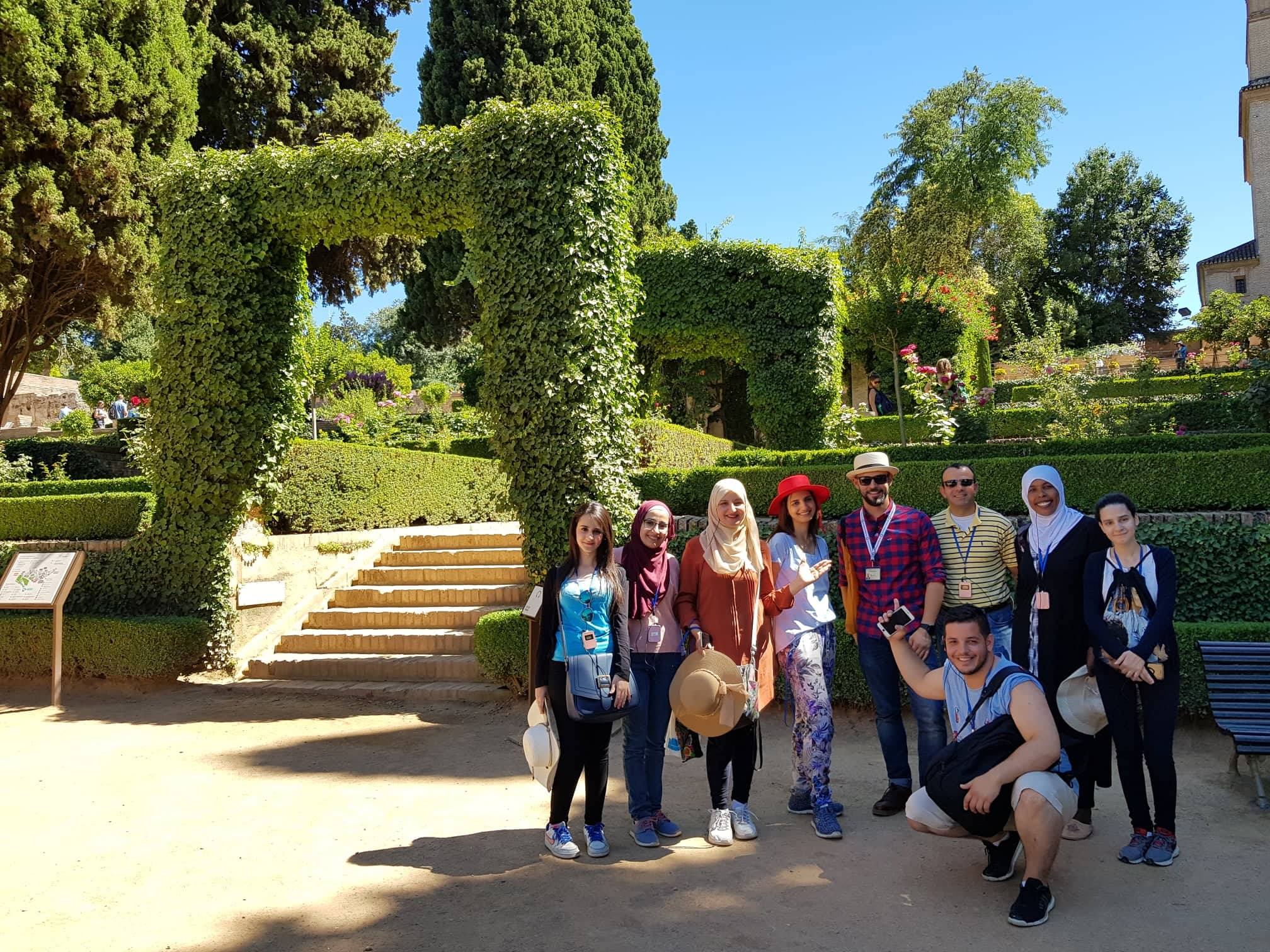 In Syracuse, they visited Al-Jafería Palace, a fortified medieval Islamic palace built during the second half of the 11th century. In Toledo, they visited several historical sites and learned about its strategic importance in Islamic history and the Iberian Peninsula.

In France, they went to Paris, the Eiffel Tower, the Louvre Museum, Disneyland, the Champs-Elysées and the Seine and other historical and cultural monuments. The visit included training for students on travel systems through airports, train stations, public transport, tour bus services and GPS.

The trip is funded and organized by An-Najah’s Public Relations Department that aims to encourage cultural exchange among the University students through Zajel programmes.