I’ve just returned from a visit of three weeks to the university of An-Najah in Nablus, Palestine; and these are some reflections on my time there. I applied to volunteer at An-Najah on the advice of Aimée Shalan of Fobzu in the UK; she advised me to contact Mr. Alaa Abu Dheir, the Coordinator of Zajel volunteering program at An-Najah; and this was a very good choice.. We agreed that I’d visit from 28th March to 21st April. I had some general impression that I’d help students who wanted to apply for graduate programs and (perhaps) do a bit of informal teaching.

From day 1, I found Zajel Program to be an extraordinarily impressive Program at the ‎Public Relations Office, with a staff of about three and half a dozen student ‎volunteers, Zajel runs an ambitious series of talks, exhibitions, and visits for the ‎benefit of students. The volunteers of Zajel are always available. the PR fellow Afnan ‎al-Sayyed helps in solving problems for students as well as for visiting volunteers and ‎make the office a place where the visitor feels at home and looked after. I don’t know ‎much of the rest of An-Najah, but the Public Relations office is a good advertisement ‎for it. ‎

In particular they planned a ‘camp’ for students interested in learning/improving their ‎English starting on the 12th of April, and I suspect that from early on my main value ‎was seen to lie in connection with this camp. On day 2, I gave  a semi-‎autobiographical talk on my life, voluntary work and mathematics; and about a ‎fortnight later I took part in a question-and-answer session on voluntary work with ‎another teacher. For the first fortnight, I found myself put to work testing the ‘level’ ‎of English language in brief interviews with students who wanted to attend the ‎‎‘camp’. 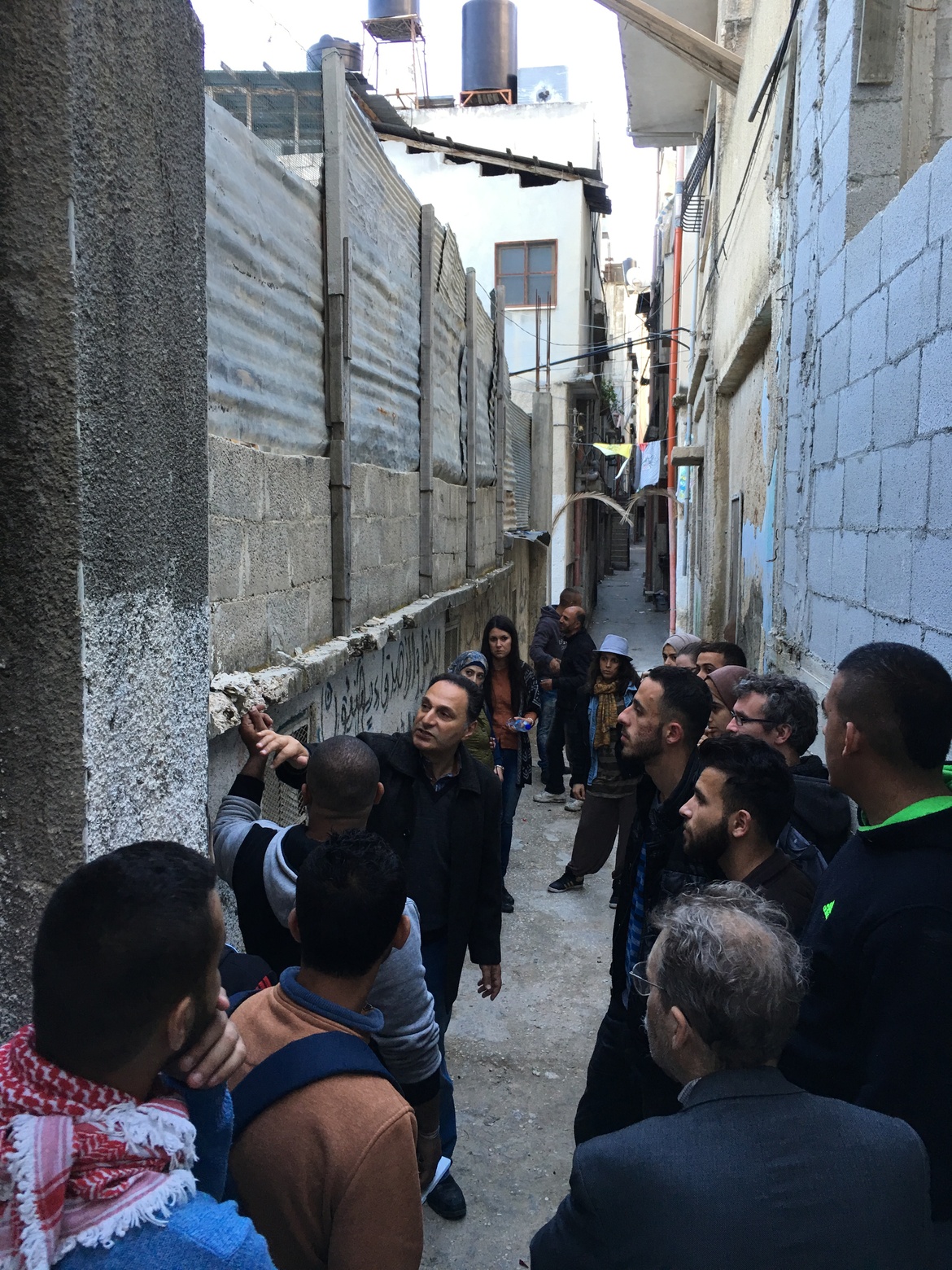 From my experience of voluntary work, you’re unlikely to get what you expected; you ‎do what’s asked and hope you enjoy it. This was true of the interviews. I hope that I ‎did a satisfactory job of sorting the students by English ability; but since I was ‎speaking to a series of them about their lives, their plans, their interests, I was able to ‎learn something of the Nablus students. I found that almost all of them – particularly, ‎of course, those whose English was above average – were lively, interesting, well-‎informed about the world and with open and liberal opinions. I developed a very ‎good opinion of the An-Najah students as a whole; and a personal attachment to some ‎of  those who worked as volunteers in the Public Relations office (between exams and ‎classes). We’d go together to attend lectures and exhibitions; I have a particularly ‎good memory, surprisingly, of a tour of Nablus factories which illustrated the causes ‎of industrial health and decline in the area.‎

When the international volunteers who were the teaching staff of the camp arrived, ‎the program shifted gear. There were half a dozen of us, all young except me. ‎Sometimes we’d attend arranged talks (on the Arab Spring, on political prisoners), ‎sometimes we’d go on arranged excursions. Short ones to the old city and the big ‎refugee camp in Balata, a longer one to Qalqiliya city, a local town entirely ‎surrounded by the separation wall.‎

I can’t say how impressed I was by the variety, range and thoughtfulness of Zajel`s  ‎plans for the students and volunteers. They brought in issues, social and political. If ‎most of these related to the occupation it’s because that is a major defining condition ‎of life for people in Nablus, although in varying degrees. They may have to go to ‎lectures through the Huwwara checkpoint (sometimes closed); or, in an extreme case, ‎have their family home taken over by settlers; or, like many of my friends, live a ‎relatively comfortable family life in downtown Nablus. They are affected by it, and it ‎is good that we were told about it at a variety of levels – about what you can and ‎can’t do in Oslo’s zones A, B and C of the West Bank and about the law’s ability to ‎deal with human rights abuses.‎

In the afternoon, we’d take part in informal conversation classes, sitting outside, two ‎volunteers and ten students. (The Nablus ‘old’ campus is an attractive one, if rather ‎steep for me – modern, with steps and gardens.) I hope the students gained from ‎them; again, I never stopped learning.

The fact that I hardly spoke Arabic at all was a constant cause of regret for me, since ‎it is so much – more I think than in Bethlehem, where I’ve previously spent time – the ‎language in which everything is transacted. Alaa of course and my student guides ‎were fluent speakers of English, and anxious to learn more. But I was sorry to miss, ‎inevitably, so much of the content of their everyday conversations. Among things I ‎learned from our interaction I’d include the variety of backgrounds among the ‎students – some poor (from the refugee camps usually) some from families in Israel ‎‎(e.g. Nazareth), the Gulf or even Italy. And I learned the unanimity with which they ‎gave their national identity as Palestinian – which was not about the so-called ‎Palestinian state as it’s currently defined, but about the history, about conflict, and ‎about this specific land – Jerusalem, Ramallah, Hebron, Nablus. They all are ‎convinced of its beauty, and they have a point – Nablus is spectacular in particular.‎

I left Nablus with deep and affectionate memories, and with renewed invitations to ‎return. In these days of Facebook, I’ve acquired more than a dozen ‘friends’ and so ‎expect to have updates on what they are doing. If you’re considering spending time ‎abroad in an academic framework, I strongly recommend an-Najah as an exciting and ‎rewarding environment. But try to find out what you’re expected to do, and put in ‎more time on spoken Arabic.‎