In April 2016, I had the chance to be an international volunteer with the Zajel Youth ‎Exchange Program of the An-Najah University of Nablus, Palestine. The program took ‎part from the 12th-26th April 2016 at the University and in different villages, cities and ‎surrounding areas in Westbank, Palestine.

The main idea of volunteering in this program is to lead workshops for the local students, ‎and to therefore enable them to develop specific skills (e.g. English conversation skills, ‎public speaking, debating skills). Furthermore, the program aims to create a mutual ‎understanding between the internationals and the local students. Both sides are able to ‎highly benefit of these workshops, as they create a base of communication between ‎different cultures, religions, political views and ways of life.‎

A typical day in the program started at 8:30 in the morning with a breakfast. How could a ‎day start better than with Falafel, Hummus, Vegetables, bread and tea? After finishing ‎the breakfast, we usually had presentations or discussions about an issue regarding the ‎Palestinian situation or the Arab world in general (e.g. Freedom of thought in the light of ‎the Arab spring), which would enable us to gain a clearer understanding of one aspect of ‎the current situation in Palestine. After lunch, the volunteering part of the program took ‎part, and so we gathered with our students and lead our workshops. Each workshop ‎lasted for about one and half an hours and it definitely was a part of the day everyone ‎looked forward to, as the students demonstrated an incredibly active participation. In the ‎end, the workshops have not only been an enriching experience for the students, but ‎especially for us as mentors an opportunity to learn. ‎ 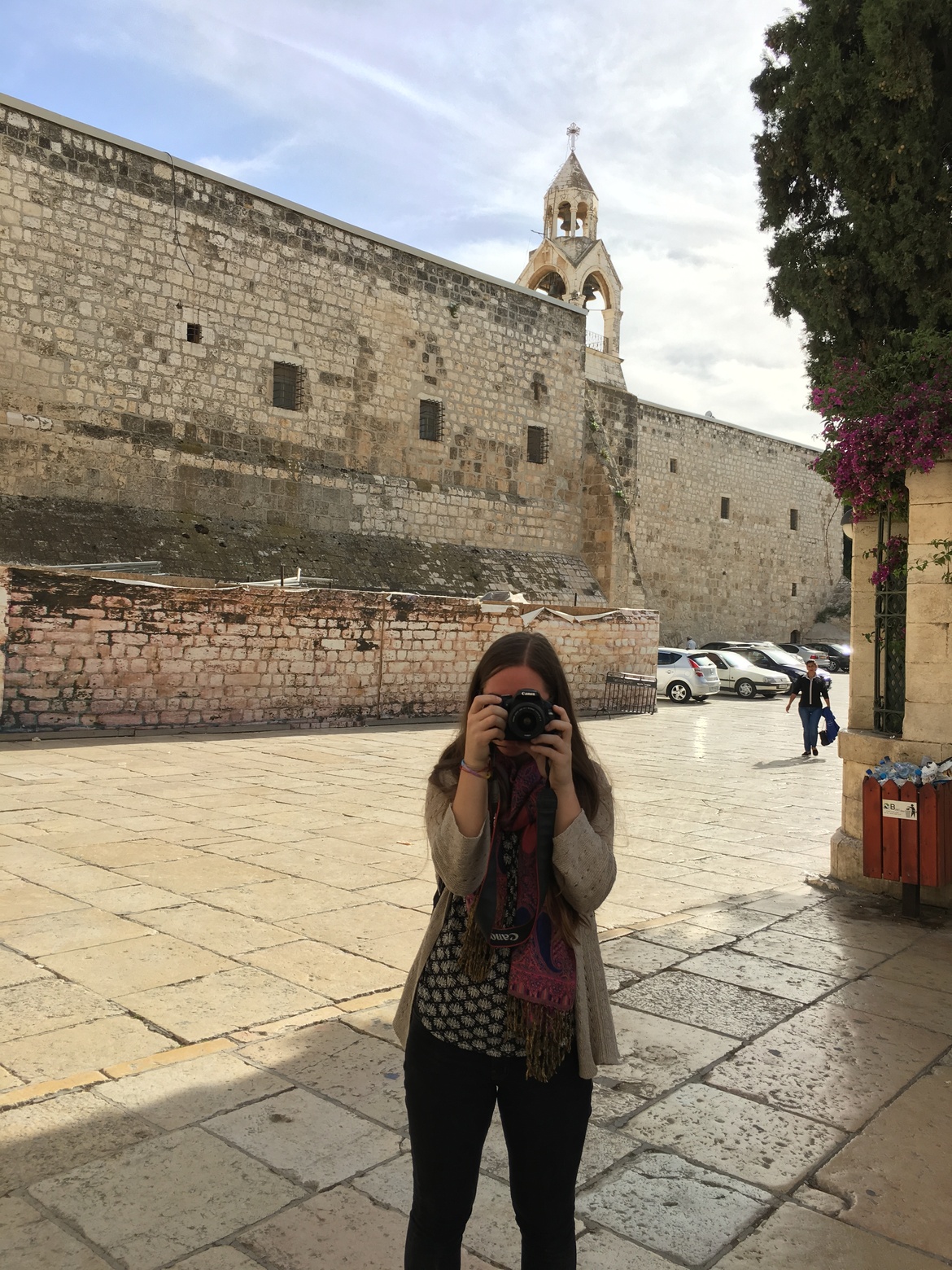 On the weekends and at specific days during the week we used to travel around West ‎Bank. The trips to different villages, cities and areas within Palestine were certainly one ‎of the most intense aspects of the program and enabled us, the internationals, to ‎encounter the Palestinian reality far away from the influencing media. We were given the ‎opportunity to see the conflict with our own eyes and to talk to witnesses and people ‎affected by and living with the consequences of the conflict day by day. ‎

During our trips to Hebron, Bethlehem and Qalqilya, Balata refugee camp and villages ‎such as Aqaba, Khirbet Tana and Sabastia, we experienced Palestine in a variety of ‎diverse aspects – politically, culturally, as well as historically and environmentally. ‎

We went to some of the most conflicted areas, went through checkpoints, along the ‎separation wall, were targeted by Israeli soldiers at some points and experienced the ‎occupation on our very own. Nevertheless, I never felt unsecure or in danger, as the locals ‎did a great job in keeping us safe and making sure that we would never get into troubles. ‎

Now, the two weeks of the program lay behind us. Two weeks that couldn’t have been ‎more intense, more challenging, more enriching and more eye-opening in any other way. ‎As the second youngest participant in the history of the Zajel Youth Exchange Program, ‎with only 17 years, I did have some concerns if coming to Palestine on my own would be ‎a good idea – concerns which later on turned out to be completely unreasonable. I might ‎have to add, it was not only a good idea, it certainly was one of the best ideas I’ve ever ‎had. ‎

Even though two weeks are an incredibly short period of time to get to know as diverse ‎and culturally rich country as Palestine, the intensity and value of this time are ‎irreplaceable. ‎

The friendships formed in the program will certainly last beyond the two weeks, and the ‎experience and memories we made will last a lifetime. Even though the program is over ‎now, it was no goodbye forever. Instead it only was the beginning of a story yet to be ‎told, a story, and a travel, to be continued. See you all soon.‎