8 international volunteers from Europe and Canada shared in the camp, which continued for fourteen days. During each day the international trainers and volunteers conducted a series of training workshops for local university and school students.

The topics of the training workshops given by the international volunteers included social media in marketing, communication skills, cultural interaction, ice-breaking in the English language and the art of public speaking in English.

The camp aimed to promote the communication between An-Najah students and the international volunteers and change the stereotyped image of Palestine and Palestinians in Europe and the U.S.A.

The camp programme consisted of a series of lectures and field trips about Palestine’s history, contemporary life, social and political conditions and Palestinian environment and infrastructure. The lectures shed light on Christians in Palestine, nonviolent resistance, the political scene in Palestine, education in Palestine since 1967, Young Men’s Christian Association agricultural projects and Samaritans traditions and culture. In Qalqilya and Tulkarm, the volunteers learned about the agricultural life and the environmental challenges there.

In Jenin, the volunteers went to Burqin Church or St. George’s Church, the Freedom Theatre, the UNRWA Office in Jenin Camp, Sanur Settlement which was evacuated in 2005 and Jenin Natural Reserve.

During their time in Nablus, the volunteers visited Balata Camp, Joseph’s Tomb and Sabastia Cultural Festival.

In Ramallah, they went to Nelson Mandela’s Statue and Yasser Arafat Museum to learn about the Palestinian history in the 20th century. 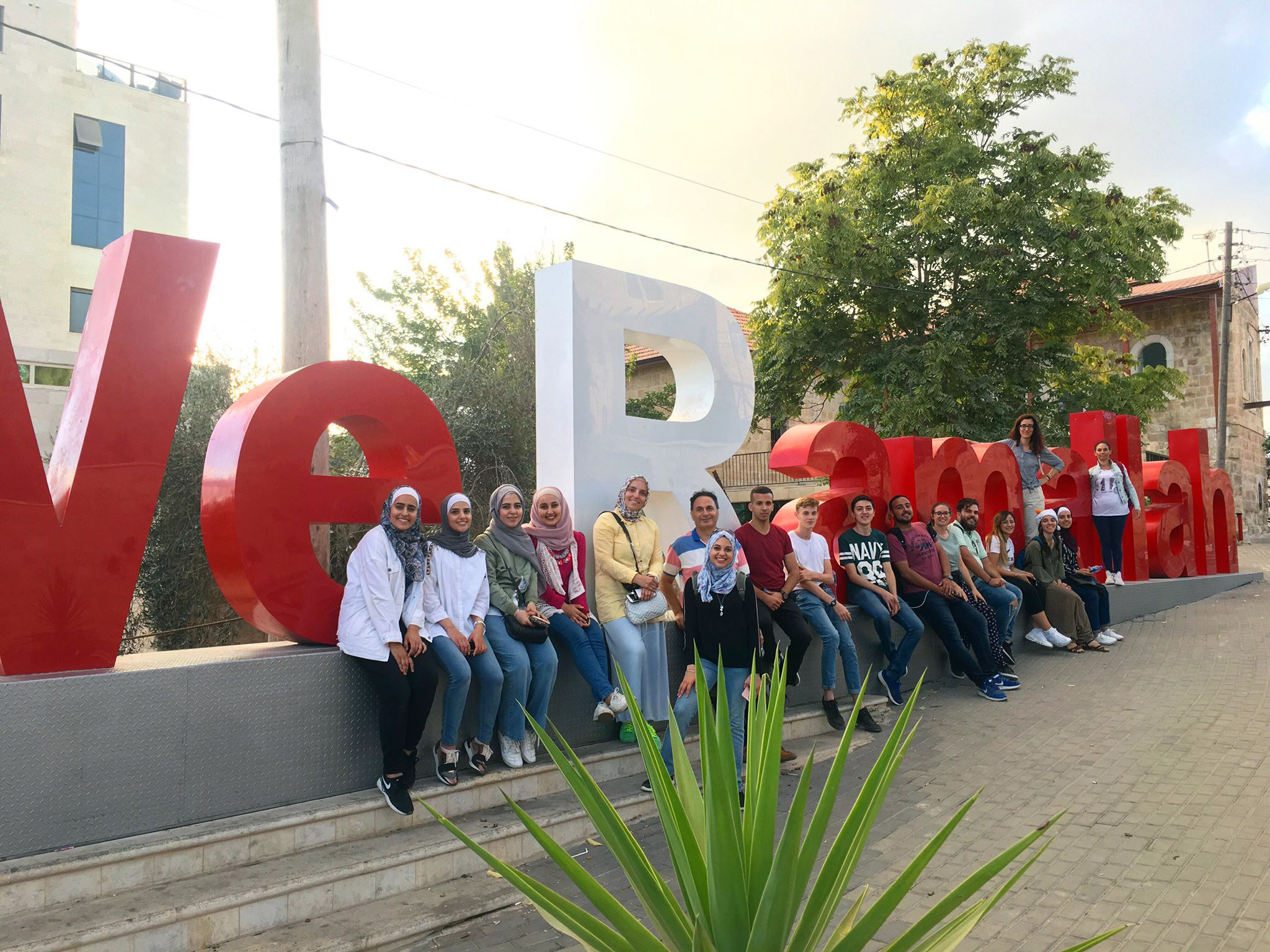 In Bethlehem, they visited Beit Sahour where they learned about its economic and agricultural circumstances. They also visited the Church of the Nativity and the Old City of Bethlehem and shared Bedouin life in the Rashaydih Desert while watching the sunrise across the Dead Sea.

Their final destination was the Old City in Jerusalem and the Ibrahimi Mosque in Hebron.